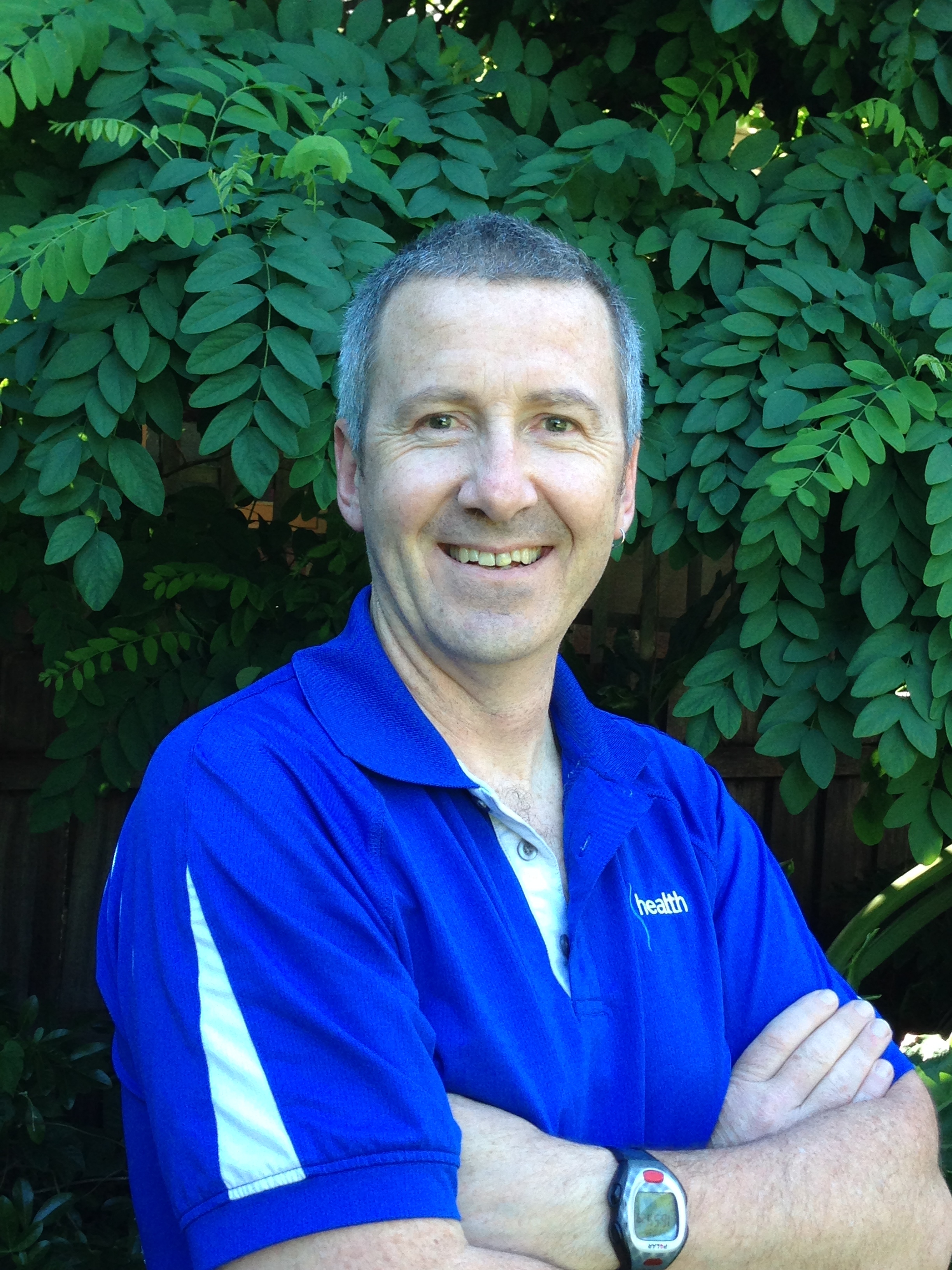 GBS, PDN and CIDP – just a string of meaningless letters to me until my illness made it clear that they represented a serious and debilitating neurological illness which can suddenly afflict anyone of any age. Guillain-Barré Syndrome is not a virus (as some people think) and is neither hereditary nor contagious.

Hopefully sharing my Journey will help you understand that they need not be a victim of illness, but rather that you can be a victor; that you can be “enabled” by your illness rather than “disabled”, the choice is up to you – Transform Tragedy Into Triumph !!

This is a short story about me, a Guillain-Barré Syndrome survivor living in Melbourne, Australia. Although some parts of my story may sound gruesome, I need to share my feelings. I especially want my son to understand what happened to his Dad, I want him to know why his Dad wasn’t home that Christmas.

I am not looking for pity, just to provide an understanding of what this syndrome does to people, and what it has done to my life and my family. I share some of my personal feelings in this story, which is difficult for me, but necessary to enable you to understand the full affect of what I went through. My suffering has gone way past the physical pain I endured.

From Healthy to Helpless

On Fri, Dec 22nd 2000, GBS changed my life. That morning I woke up with double-vision and knew that something was terribly wrong. Trying to stand I found myself in real difficulty and found myself bouncing of the walls as I attempted to walk along the hallway. I had just recovered from what I would describe as an ‘average’ cold but little did I realise that within the next few days my whole life would be changed forever!!!

I decided to firstly visit my Chiropractor, a dear friend and a gifted healer and after a number of tests he referred me to hospital to get an MRI. By the afternoon I was very weak, the paralysis was spreading up my body, I couldn’t grip with my hands and my legs felt tingly and strange.

I was then taken to Monash Medical Centre and admitted in Emergency/Casualty, where I remained for 10 hours on a bed in their trauma ward. I remember it was raining heavily that night and lots of road accident victims worked their way up in front of me in the “neurology queue”. Numerous tests were performed on me by emergency doctors in the meantime until my Neurologist finally came in later that night. I was put on a Heparin (anti coagulant) drip as a precaution incase I had suffered a stroke and was told I would remain there overnight. I underwent an MRI, MR angiogram and a CT Scan, which showed a left sphenoid and bilateral maxillary sinusitis and an ENT (Ear Nose Throat) Specialist’s opinion was sought. At that stage I began to deteriorate further and developed increasing left perorbital headache and increasing ataxia (loss of balance).

There is no way that we can see the cause of the pain experienced with GBS, but we can certainly ‘feel’ whether it is getting better or worse. On Monday (day 4) the numbness had reached my knees and my fingers had begun to tingle, I was concerned by the rapid spread of the symptoms. When asked to stand still with my eyes closed I had no stability and my whole body shook. Over the next 24 hrs, I declined neurologically, my ataxia worsened and I developed “intentional tremor” on my left side, at this time my tendon reflexes had disappeared (knee, elbow and ankle). I could hardly grip a toothbrush to clean my teeth as I had no fine-motor skills to even perform the smallest of tasks. On the fifth day after a spinal tap, I was finally diagnosed with the Miller-Fisher variant of GBS, resulting is paralysis of the nerves of the arms, legs, lungs and neck, as well as those controlling the eyes, throat and heart.

I received a full course of Intragam 23 grams/day for five days. A large intravenous drip was placed up my left arm, and about a litre of it was pumped up my arm, each treatment taking about an hour. The consistency of Intragam is like thick, ice-cold honey which produces the feeling like someone forcing a cold, steel blade into my wrist, up my arm and into my shoulder as they pumped this into me. During the first of the Intragam transfusions, my blood pressure was very unstable and I felt very ill during and immediately after the transfusion, slipping into 3 hours of sleep following each session. After two or three days I began to feel a slight improvement. When you are first aware of your condition you are too ill to comprehend the full impact. But as time goes on, you begin to realise your situation, it is then that your attitude is so important.

When It Gets Dark Enough, You Can See The Stars

That night, all of a sudden I started shivering and feeling terribly breathless and that I could not breathe on my own. I know they took me to intensive care thinking the paralysis had travelled upwards and was affecting my breathing. But after half an hour I returned to normal and the doctors told me that I can breathe on my own (I could have worked that one out!). I did not see the “white light,” the escalator leading up to the clouds, nor did I have an out of body experience, but I do remember dying that night.

Doctors told me that the prognosis was not good and I may never walk again. My reply was “In 2 weeks I am going to walk out of this hospital”. The look on their faces was priceless. I spent the next couple of weeks in the hospital just “hanging out”

The daily physical, physiological, and emotional stress that I endured everyday on my road back to recovery was almost overbearing, but I still thought in a week, perhaps two, my legs would start to move. Perhaps, tomorrow I would stand up and then a few days later I would walk out of this hospital. I tried just about everything to figure out why this had happened to me – all to finally reach the conclusion that the answers I needed were all inside of me! During this whole ordeal, I had always believed that the power within me far exceeded the fear that was in front of me. I did not think about how long it would take me to get better, I knew I would get better. You can’t change the past, but you can ruin the present by worrying over the future. There was so many smaller goals to aim for, moving limbs, standing on my own, brushing teeth etc, I look back over these goals and realise that achieving these one-by-one gave me a positive feeling. Goals are an incentive towards recovery no matter how small they may be.

Even the longest journey starts with one single step

When I was released from hospital, my first son was just learning how to walk, a lot better than I could at that stage. I could fully understand how he struggled with each step, tire easily but a miraculous feat to perform, all the same. I’m not sure who had the most falls during that time, me or him. He taught me so much even though, unlike myself, he had no experience of walking before.

I was admitted as an out-patient to Hampton Rehabilitation Hospital for six months of intense rehabilitation including hydrotherapy, physiotherapy, occupational therapy, balance skills etc etc. I was asked to sign my name when admitted, the problem was that I could barely hold a pen and the resulting signature was, like a doctors, unreadable. I would finish my rehab sessions and go over to the beach and practice balancing on rocks and walking on the sand (which is quite difficult with GBS due to irregular feedback from the nervous system). Every day, I went that extra mile. At rehab, I met some of the most amazing carer’s and even more amazing patients. The patients I met there really put some perspective on my life, everyday people overcoming monumental difficulties, so many young stroke victims, teenagers with heart attacks and road accident victims, all of which I shared time with. Over the next 6 months, I regained my reflexes, balance, stamina and basically my life.

Today’s modern medicine still has a lot to learn. Guillain-Barré Syndrome was always thought to be very rare, but is becoming increasingly common nowadays. The common medical doctors, nurses, and other medical professionals are not educated enough to understand what GBS is and what it’s victims go through. I also hope that by reading this, someone else will not suffer the on-going emotional and physical trauma I have had to endure

My Health Team — Road To Recovery

At this stage, I was a qualified sports/remedial massage therapist and near the end of my Naturopathy Ccurse. Once out of hospital, I sought the best natural therapy practitioners ii could find. The body is multi-dimensional and requires work on not only the physical but also the emotional. Over the next few months I worked with Chiropractors, Naturopaths, Healers, Homeopaths etc to help restore my health and provide me with the strategies to ensure I made a full recovery.

From this experience, my dream was to replicate this help I received and have it in one place and to provide a safe and nuturing environment for all to experience perfect health. As well as resolving your current health concerns, we can assist you in prevention of disease providing you with long term health, vitality and longevity.

I want to thank you for reading my story. It is not complete yet and I know I will add more as time goes on. I have not written this in wanting pity, or for any one to feel sorry for me, I have written it from my heart, so that others who may not know of GBS, will learn a little about it. It’s been painful, there have been tears, but it feels good to be able to share my experience. I’ve learned how quickly your health can be taken from you. My life has been forever changed. I still catch myself watching my feet move in amazement. To each of you who are healing, have healed, or trying to resolve the emotional issues that come with this illness, my thoughts are with you. There is healing in time and with the right people

My integrated style of practice ensures that each client receives the most comprehensive of treatment protocols. At Inner Essence, you are the focus and your wellbeing is our primary concern.